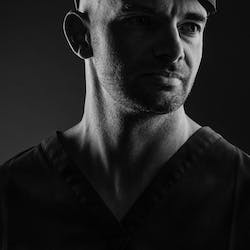 Check out the resources I offer below and sign up for my newsletter!

📔 How To Act On Feedback

Sunday CEO: Why Acting on Feedback is Vital

It’s been a fun week at Virti as the team picked up The EdTechX Impact Award and we also launched our new feedback tool to help collect data on performance for any organisation. Giving your people and learners a voice is critical to ensuring they are engaged and feedback individuals and organisations to identify areas for improvement and then take action to make things more effective and efficient. Being able to self-assess as an executive or anyone who wants to improve is one thing but being humble enough to take onboard honest feedback from others is the best way to challenge yourself to get better. Feedback should be delivered in a safe and constructive environment without bias. Where possible feedback should be collected anonymously and in a data-driven way using Likert scales. Though it can be difficult taking criticism acting on feedback will help you to improve whether as an individual or as an organisation. Feedback gives employees, customers and anyone else a voice so that organisations can quickly collect data on well-being, thoughts on things that can be improved and data on specific things that are going well or poorly. Acting on this feedback quickly will allow people to feel that their opinion matters and nip shortcomings in the bud with a diversity of opinions contributing to improvement.

Have a productive week!

✍️ Quote of the Week

🏔️ What I've Learned This Week

Today’s quote is from famous American Bank Robber Willie Sutton. Interestingly not only did Surron steal millions of dollars and escape jail on numerous occassions he also gave another famous quote to journalists when asked why he robbed banks; “becabuse that’s where the money is” said Sutton. Although he later denied saying this the quote went on to inspire Sutton’s Law which is used by medics and which states that when diagnosing, one should first consider the obvious. It suggests that one should first conduct those tests which could confirm (or rule out) the most likely diagnosis. In essence look for what’s obvious or most likely first to save time and effort. Keep things simple.

🎤 TED Talk - For the launch of Virti Feedback I went back to Sheila Heen’s TEDx talk looking at how feedback can help individuals and organisations. Heen is from the Harvard Negotiation Project and also wrote the excellent book Difficult Conversations.​

📰 This Week's Press and Articles

Check out the resources I offer below and sign up for my newsletter!